Laurentis Energy Partners, in the fall of 2021, launched its program to produce Helium-3 (He-3), a rare and valuable isotope used in quantum computing, neutron research, border security and medical imaging.

"Our advanced He-3 technology is an example of Laurentis engineers and project managers delivering innovative solutions to move the energy industry forward."

“We’re especially proud to be the first civilian, non-military source of He-3,” Van Wart said.

He-3 is extracted from Immobilized Tritium Containers (ITC) at the Darlington Nuclear Generating Station, about 100 kilometres east of Toronto. The station is owned and operated by Laurentis’s parent company, Ontario Power Generation (OPG), and houses one of the world’s largest reserves of tritium. Tritium is a by-product of nuclear energy, removed from heavy water used in CANDU stations. The tritium in the ITCs slowly turns into He-3, which releases into the void space of the container. The He-3 isotope, as a stable (non-radioactive) inert gas, is extracted using a custom-designed tool developed by Laurentis and partners.

“He-3 is a great example of a vision made possible by many bright and highly motivated individuals, and the collective efforts from Laurentis and our various project partners. We are truly thankful for the contributions from many like-minded stakeholders that continuously drive the project forward. We are inspired by the desire to secure a better future for humanity”, said Paul Kwon, Section Manager of Isotope Projects at Laurentis.

He-3 One Minute Video

The Helium-3 isotope has a wide range of applications, helping to save lives, advance high-tech industries, and expand scientific frontiers. Applications include:

He-3 is used in quantum computing and modern cryogenics research to achieve extremely low temperatures (as low as a few millikelvin). For quantum computing, this reduces noise or interference in calculations. For cryogenics, this allows advanced research, medical, and industrial processes to take place such as medical resonance imaging coil cooling, high-capacity power transmission and supercomputing. In certain cryogenic applications such as dilution refrigerators, no known alternatives exist for He-3.

As a medical isotope, He-3 is used as a non-toxic inhalant to scan for lung function. Following inhalation, gas mixtures containing the hyperpolarized He-3 gas can be imaged with a Magnetic Resonance Imaging (MRI) scanner to produce highly detailed anatomical and functional images of lung ventilation. This advanced procedure allows for the diagnosis and treatment of many chronic respiratory diseases.

He-3 is used in neutron research in colliders, to study the shadow world of anti-matter, helping to uncover some of the greatest mysteries of the universe. As stated at the CERN website: “The Big Bang should have created equal amounts of matter and antimatter in the early universe. But today, everything we see from the smallest life forms on Earth to the largest stellar objects is made almost entirely of matter. Comparatively, there is not much antimatter to be found. Something must have happened to tip the balance. One of the greatest challenges in physics is to figure out what happened to the antimatter, or why we see an asymmetry between matter and antimatter.”

Helium-3 is also used in modern fusion research, as a nuclear fusion fuel. It offers a reaction which produces no radioactivity, yet the protons it produces possess a charge. The protons can therefore be contained using electric and magnetic fields, resulting in direct electric generation that is twice as efficient as thermal electricity generation. He-3 fusion has been demonstrated in labs; however commercial viability remains many years in the future.

Helium-3 is an essential isotope in neutron detectors, used for security applications. It is used in radiation portal monitors for border security and nuclear installation security, as well as for International Atomic Energy Agency (IAEA) nuclear material tracking and safeguarding. The He-3 captures neutrons, causing the release of electrons that can be counted – and thereby tipping security agents to the presence of nuclear materials.

When He-3 is extracted from the Immobilized Tritium Containers by Laurentis, impurities such as tritium, oxygen and water vapour are removed, using a series of chemical reactors.

Laurentis is seeking to develop a long-term commercial agreement with a company to ship and distribute the He-3 to customers around the world.

"Laurentis is becoming a major player in the isotope field, now involved in Molybdenum-99, He-3 and others. The production of He-3 bodes well for many future opportunities in isotopes, including new innovations, partnerships and advancements. I’m excited to watch and be involved in Laurentis’s continued growth as a leader and innovator in the clean-energy industry."

Laurentis Energy Partners provides solutions for customers across the energy spectrum: from nuclear, hydro and solar generation, to the advancement of new technologies such as small modular reactors, and production of medical isotopes. Laurentis has offices in the Greater Toronto Area, Hamilton and Bruce County in Ontario, Saint John in New Brunswick, and Bucharest in Romania. Click here to watch a video on Helium-3 (He-3) production by Laurentis Energy Partners. 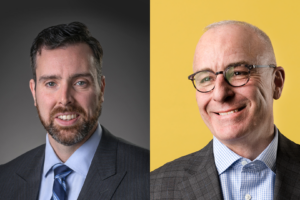